How To Stop Snacking On Sugary Food 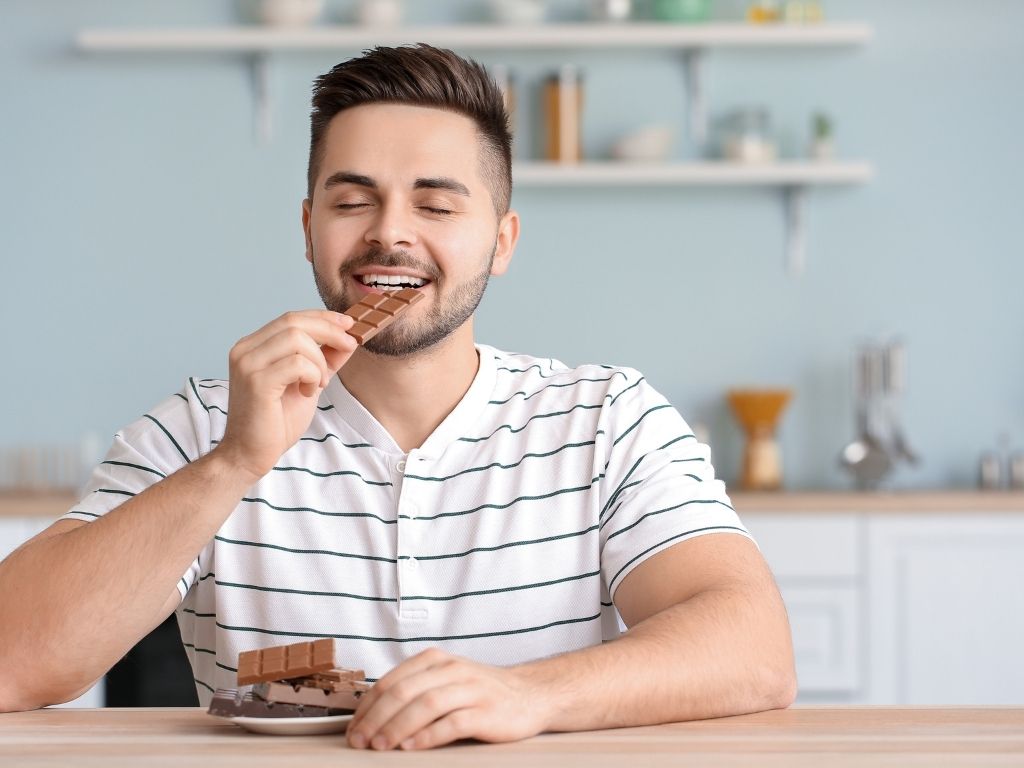 I had a nutrition client named Josh.

​It was not unusual for Josh to buy 5-pound bags of gummy bears at Costco and go through the whole bag in less than a week.

​Josh would mindlessly eat candy all day. After lunch, after dinner, in between work meetings, out of boredom, and just because the candy was there, it would somehow end up in his mouth.

​Josh felt like he was addicted to sugar and never thought he could ever shake the habit of eating candy every day.

​Notice how I used the word HABIT here.

​Snacking when you are not hungry is nothing but a HABIT!

​Josh and I decided that breaking this habit would be a crucial first step toward his success in losing weight.

​Josh was nervous and wasn’t ready to give up the candy but knew it was for the best.

​STEP ONE – Josh was to remove all candy from the house.

​To break a bad habit, you must get it out of your environment. Out of sight, out of mind!

​STEP TWO – We found something more attractive for Josh to do other than eat candy.

​To break a habit, you have to replace it with something better or more aligned with where you want to go. This replacement also has to be something you are already motivated to do.

​We found out that Josh is highly motivated by money.

​We decided to replace the habit of eating candy with the action of putting money in a jar.

​STEP THREE – Josh replaced the giant bag of candy with a mason jar.

Each time Josh went to the pantry to grab candy, he would instead put in cash from his wallet into the jar. Sometimes it was only one dollar; other times, it was five, or even twenty dollars in the jar.

​This new pattern happened multiple times that week after lunch, after work meetings, after dinner, and anytime he felt himself browsing in the pantry.

​It wasn’t too long before Josh was rolling in the dough.

​I told Josh that he could reward himself with the money he “accidentally” saved and use it to buy whatever he wanted (as long as it wasn’t candy).

​Josh managed to save over $200 and countless calories from not eating candy.

​Josh then rewarded himself with a new pair of Apple AirPods for his excellent behavior.

​Feel free to adopt this idea for any habit you wish to break.

​Adding money to a jar is not only an excellent reward but also a method of tracking a good habit too!

​I hope this story inspires you to make changes in your life! Please note that all of the stories I tell are 100% true. Sometimes I will change the name up to keep the client’s information confidential.

​Question for you – what habit could you replace with saving money instead?

PS. Sometimes all you need is a guide. Someone to help you with the specifics and hold you accountable. Book a time on my calendar in three easy steps to see what the power of upgrading your nutrition and habits could do for you!

​You can learn more about me, and you can reach your highest potential with the right help here! ​

PrevPreviousJoin Me on a Private Telegram Group for Free Accountability!
NextHow To Make Smoothies That Don’t SuckNext